You’d think answering the question, “How many national parks are in Wyoming” would be simple, but it’s not. Everything boils down to semantics.

On the other hand, one may consider any areas managed by the NPS (National Park Service) as national parks. If so, then there are six national parks in Wyoming and several trails.

I have decided to go down the purist route and regard only areas designated by the NPS itself as a national park. Therefore, I count two.

How Many National Parks are in Wyoming? 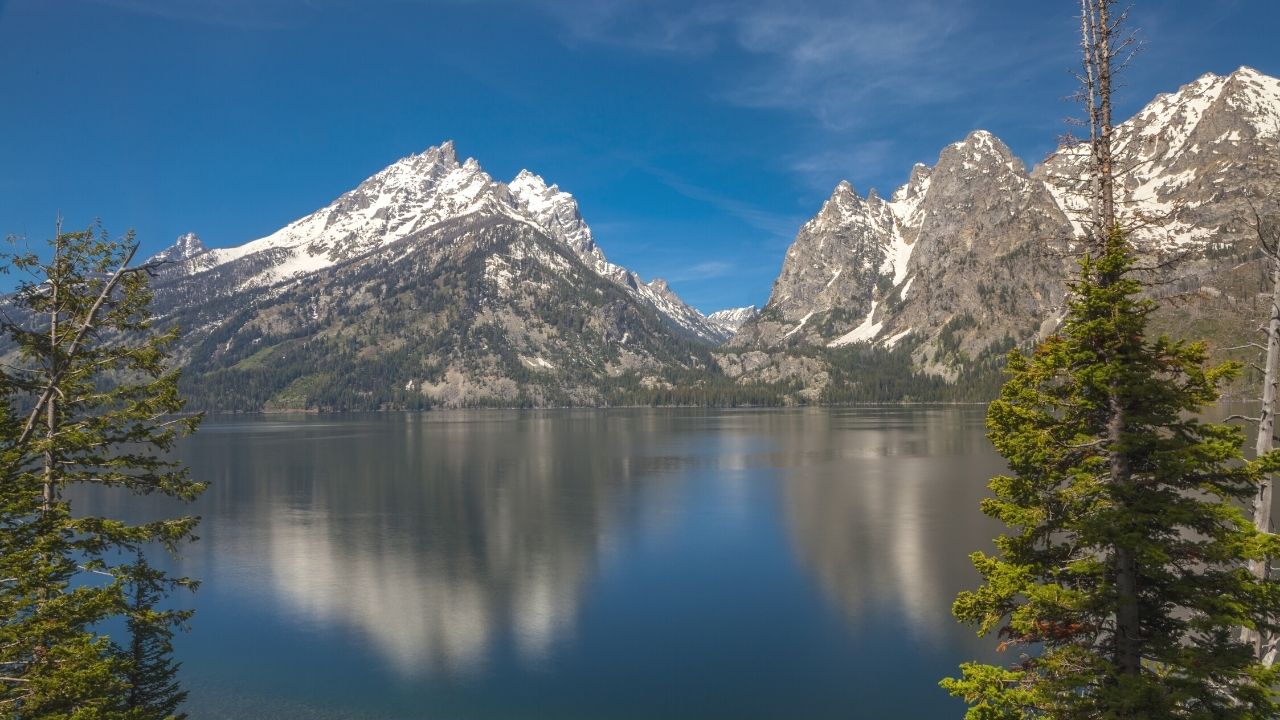 The Grand Teton, the tallest mountain in Wyoming’s Teton Range, is the center of this national park. The Park itself covers over 300,000 acres.

It is possible to trace the history of human settlement in the Grand Teton region back to over 10,000 years ago. Paleo-Indians were the first settlers in the area.

They survived by gathering fruits and berries and hunting animals. The Park includes an unspoiled ecosystem where most of the fauna and flora species that existed in prehistoric times still survive to this day.

The Grand Teton National Park has the only national park airport, the Jackson Hole Airport, in the United States. The airport was built in the 1930s.

Fur trappers (also known as mountain men) were the first to explore and settle the area that would become the ‘Grand Teton National Park’.

David Edward Jackson camped in the area. The name Jackson’s Hole was given to the place by Jackson’s partner, William Sublette.

John Coulter was America’s most famed mountain man. He left the settlement one day and never returned.

His body was never found, but people discovered a human-shaped stone with “John Coulter” and the year “1808” engraved on it.

Although science has never confirmed the date of the engravings, the stone is currently on display in one of the Parks museums.

Fur trappers, who wanted the beavers for their popular fur hats, nearly hunted the animals to extinction in this area.

In fact, if it weren’t for silk hats coming into vogue, the beavers would probably have disappeared from the region.

A Grand Teton National Park native, the pronghorn is the second-fastest land mammal after the cheetah.

Another interesting fact about pronghorn is that although they are called American antelopes, they are not actually antelopes!

May through September are the Park’s busiest months. The Park keeps most roads and facilities open during the summer and offers several programs for visitors’ enjoyment.

However, between November and April, all campgrounds, many visitor facilities, and some roads will be closed or offer reduced services.

For alerts and other closures, please see the official Alerts & Current Condition page. 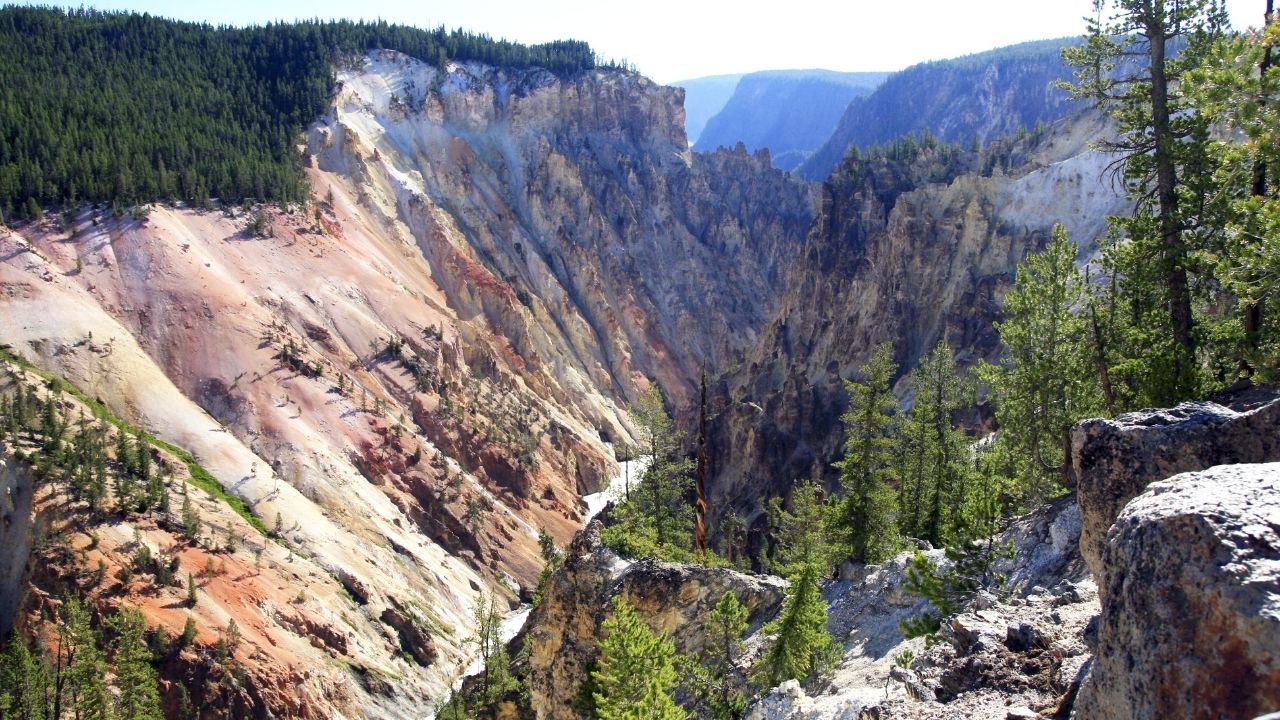 Yellowstone National Park, founded in 1872,  is among the oldest USA national parks.

The park offers a number of leisure activities for visitors, including camping, hiking, boating, and fishing.

Yellowstone is also the most popular national park in the United States, with over four million tourists visiting it annually.

But, Yellowstone’s most famous for its geysers. The Old Faithful Geyser, the most famous attraction, is among them all.

The Park features travertine terraces, home to odd little microorganisms known as thermophiles, which means “heat-loving”. Thermophiles give the Park its vibrant colors.

Yellowstone Park is one of the few areas in America where both grizzlies and black bears coexist. Don’t believe you can tell grizzlies from black bears by their color because you can’t!

Despite their names, both types of bears sport relatively the same fur color throughout much of the year.

Also, one thing you’d find impressive with the Yellowstone National park is that it’s sitting atop a volcano! Although the volcano is still active, it has been around 70,000 years since its last eruption.

What would happen if the supervolcano erupted? Short answer: it would be really, really bad!

Did you know? The Grand Canyon also goes through Yellowstone.

The Yellowstone River carved out the canyon to where it is now a thousand feet deep, and between one-and-a-half thousand to four thousand feet wide. There are approximately 20 miles of Grand Canyon going through Yellowstone Park.

Yellowstone National Park operates a complicated schedule that is subject to change.

What should I do if I have an emergency while in the Grand Teton National Park?

How did “Yellowstone” get its name?

The name of Yellowstone park hails from the river running through it. 1800 French-Canadian trappers asked for the river’s name from Minnetaree tribal members. They replied, “Mi-tse-a-dazi,” literally meaning “Rock Yellow River”. Eventually, authorities simplified the Park’s name to just “Yellowstone”.

There are only two national parks in Wyoming if you count areas called ‘National Park’.

However, if you count all those areas managed by the National Park Service (discounting trails which span several states), then there are six: