I live in North Carolina, and yes, even I was surprised when my 10-year-old daughter informed me about all our national parks.

In quite a bit of detail, she told me about where each of the parks is located, how far a drive it is, and what she would like to see and do.

I really enjoyed the travel lesson, and being proud that my daughter seems to be turning into a traveler like me, I planned for us to visit 2-3 of the national parks this summer holiday.

And from there, we’ll work our way through the list of the national parks in North Carolina. Before then, my daughter and I will probably have our sights set on visiting the next state and its national parks.

So if you’d like to learn about the parks in North Carolina, read on.

How Many National Parks Are in North Carolina?

The National Parks in North Carolina

Here’s information about the national parks you can find and visit in North Carolina, as well as the must-sees and must-dos: 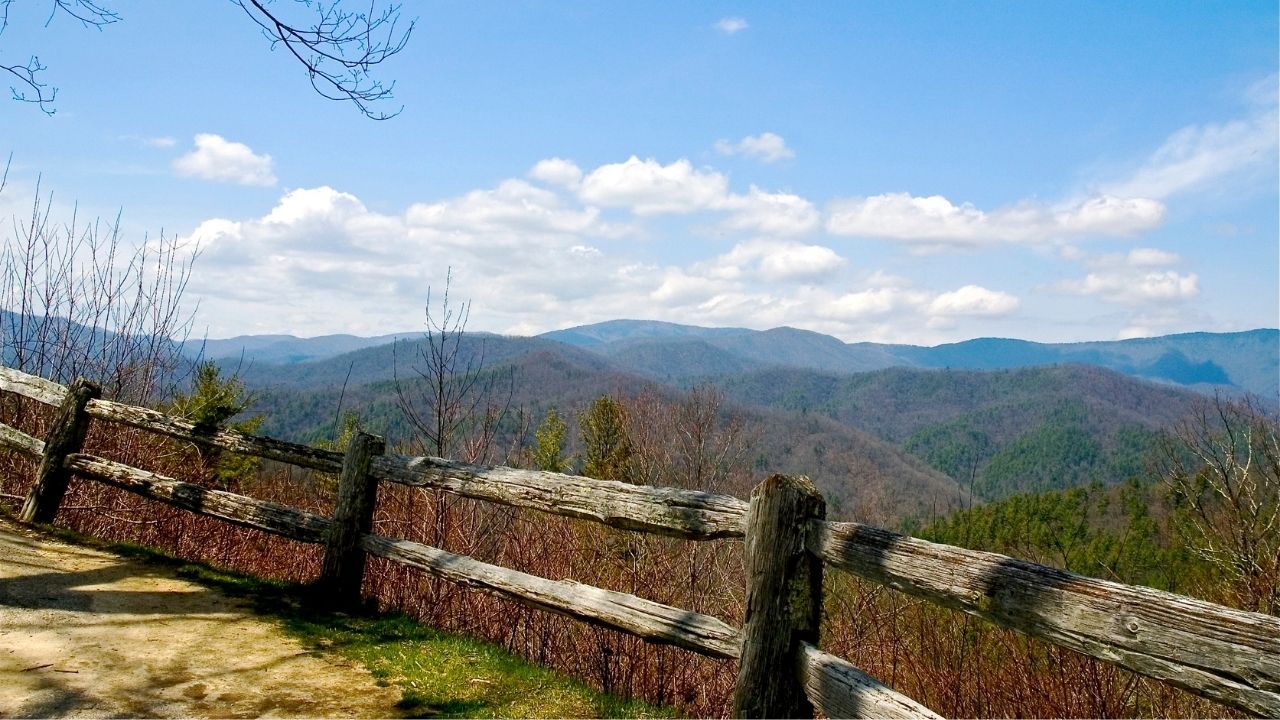 If you want to hike, see wildlife, camp, and do scenic driving, then the Great Smoky Mountains National Park is a must. Within 814 square miles, the park boasts a wide range of biodiversity.

In Cade Cove, you can watch black bears, and if you’re really lucky, you’ll get to see the Synchronous Fireflies. Laurel Falls and Clingman’s Dome are other must-sees in the park. 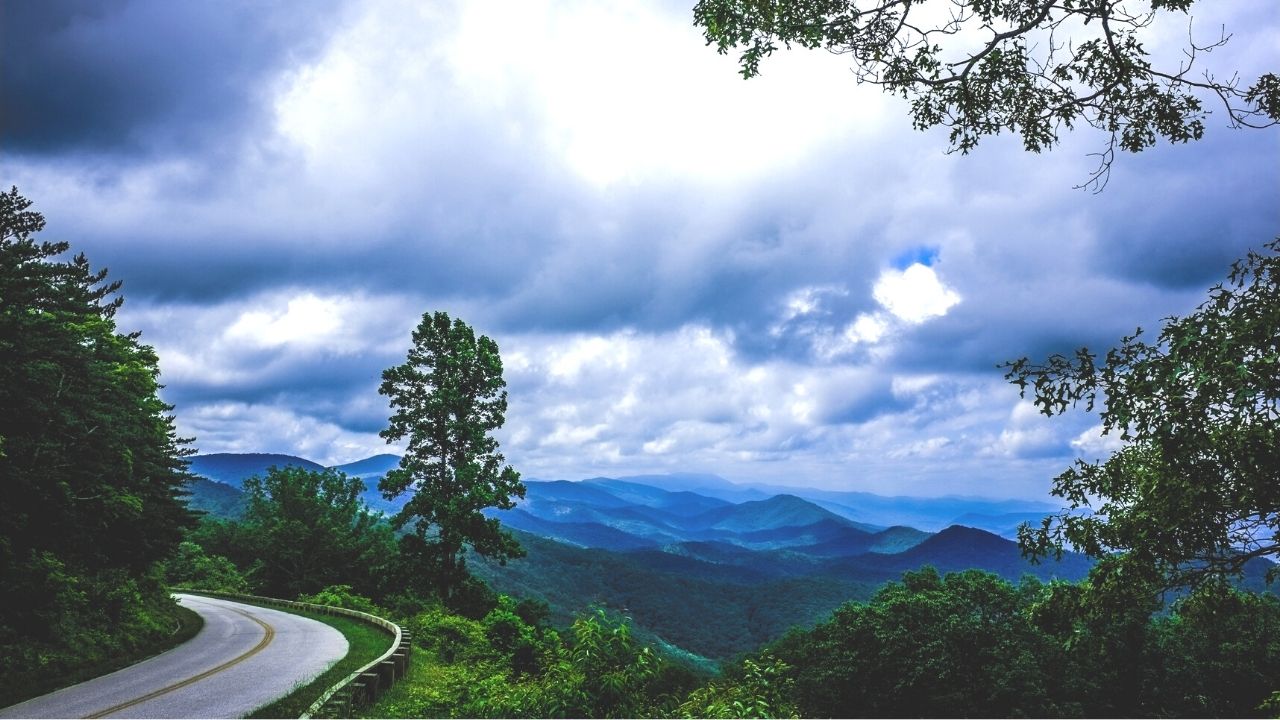 One of the most visited parks in the U.S., you can drive along the parkway and see the eastern Appalachian mountains.

Stop and take a hike on one of the many short hiking trails you’ll find along the way.

There is also a visitors center in Asheville and 9 campgrounds along the parkway. 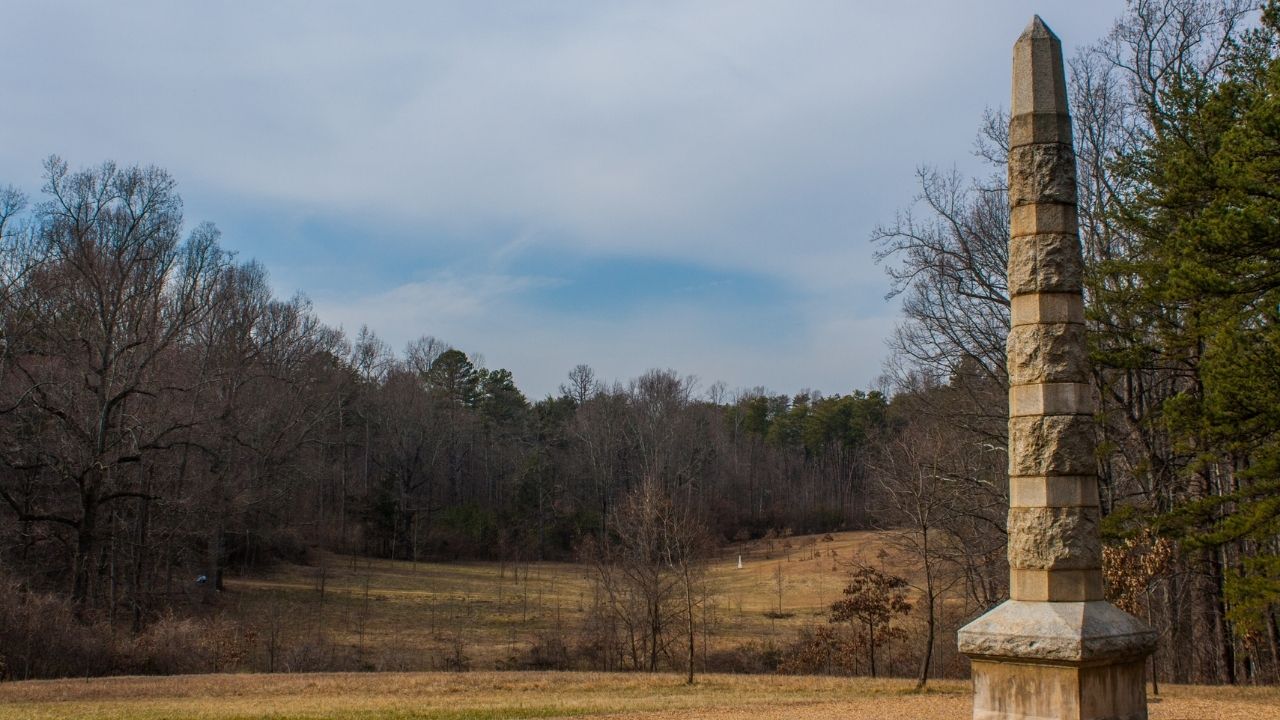 You’ll find Guilford Courthouse National Military Park in Greensboro. Only open from spring to fall, you can visit the Revolutionary War battlefield where the largest battle in this area was fought on March 15, 1781.

Explore the visitor center and the Hoskins Farm, walk the battlegrounds and see the 28 monuments that are dedicated to the fallen soldiers, and drive the Battlefield Tour Road. 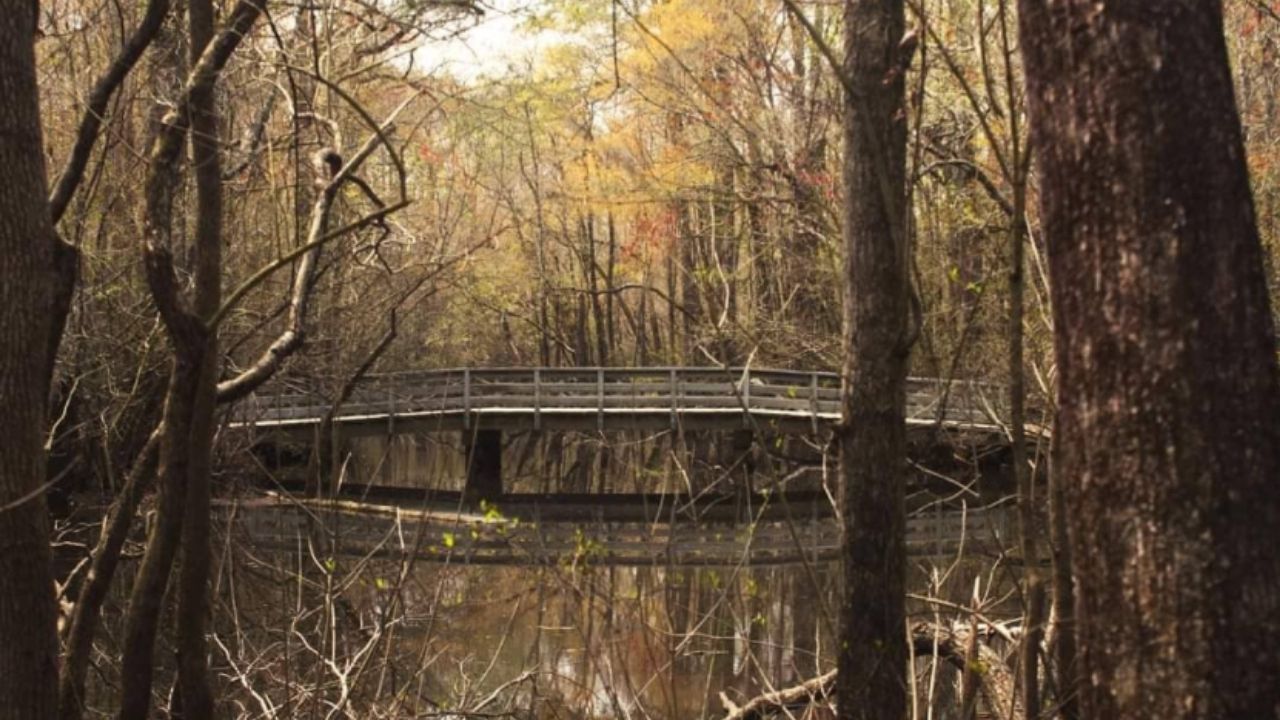 Moores Creek National Battlefield is another important site that featured during the American Revolution where the Loyalists had devastating losses.

At the visitor center, there is a park film and interpretive exhibitions. You can also walk the 0.7-mile trail that is part of the road the patriot troops and Loyalists used.

Fort Raleigh National Historic Site is in eastern North Carolina. It is open the whole year, so you can visit any time.

Here you can learn about an early English colony that encountered many challenges in 1585 before they returned home to England.

Another attempt to establish a colony happened two years later, and Sir Walter Raleigh went back to English to ask for help.

Sir Raleigh’s return to the colony was delayed for 3 years, and when he returned, the settlement with 117 colonists and Raleigh’s granddaughter was abandoned. It’s called the Lost Colony, and the fate of the colonists hasn’t been discovered.

Hike, see The Lost Colony, a theater performance, and visit the museum. 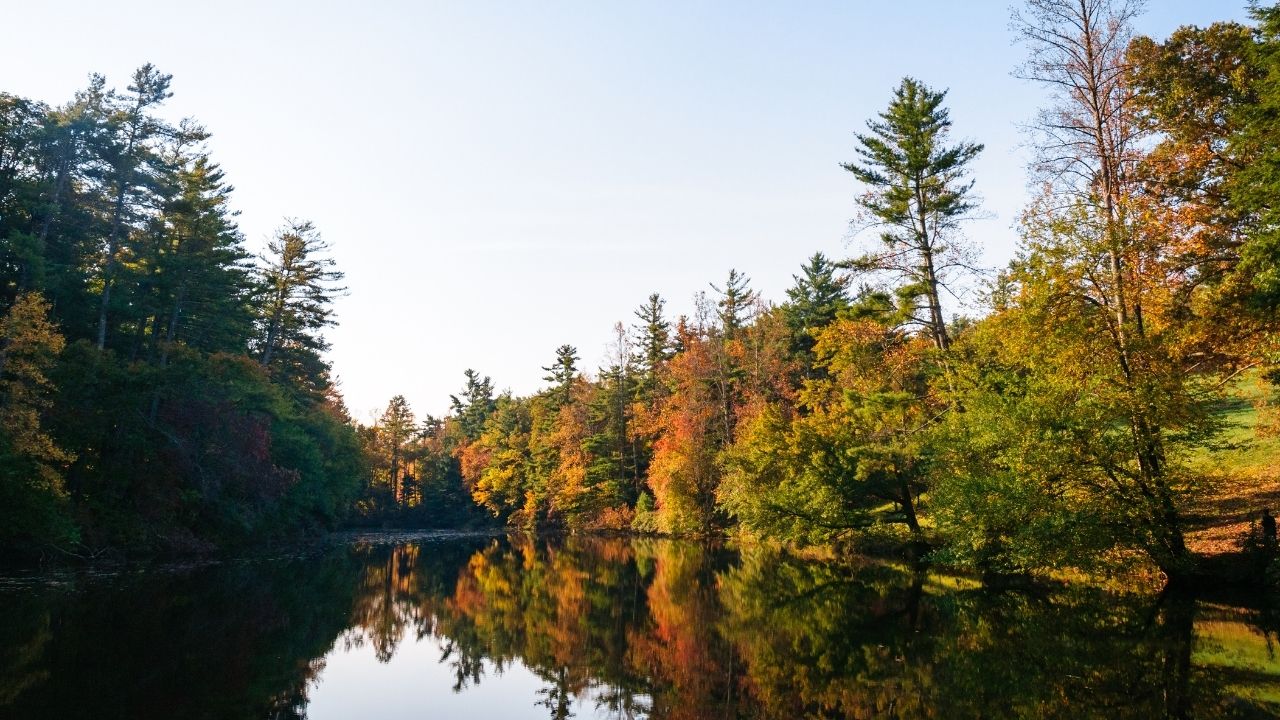 Today, the NPS has a small herd of goats, and you can see demonstrations of cheese making and milking.

You can attend poetry readings, hike, and more! 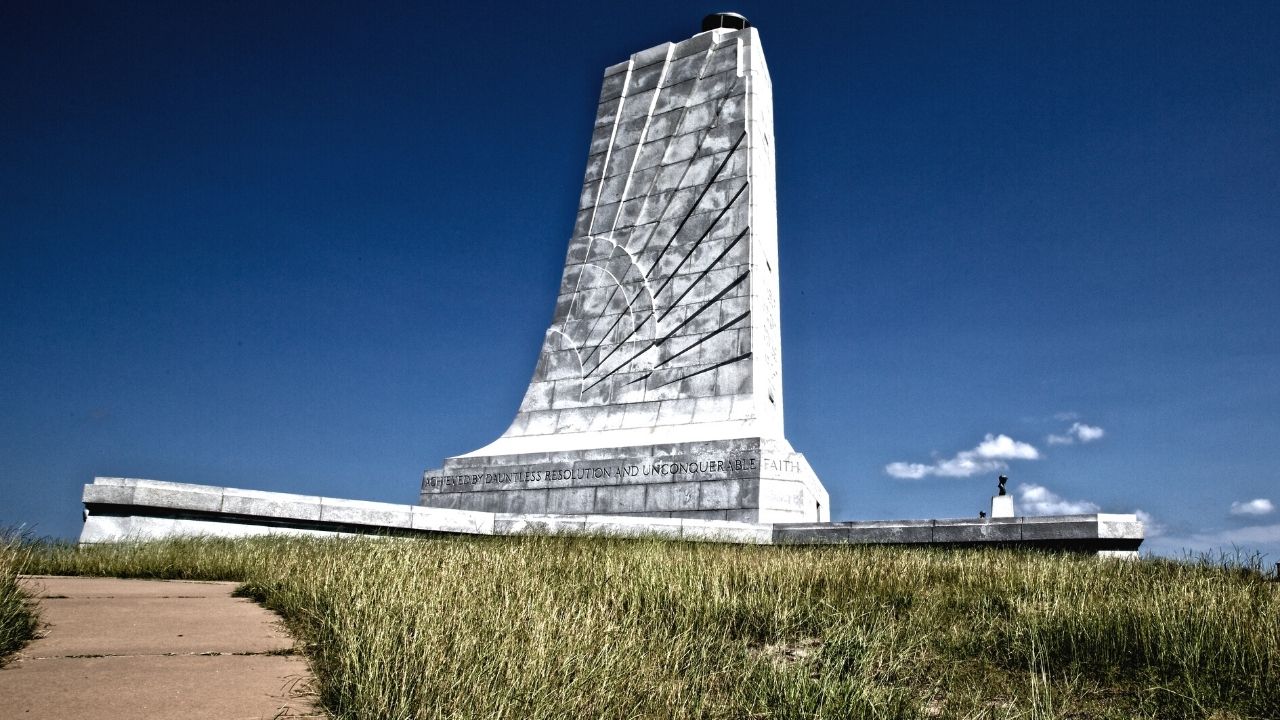 Another famous national park in North Carolina is the Wright Brothers National Memorial. In 1903 in Kitty Hawk, Orville and Wilbur Wright had their first successful flight, and this sparked the age of flight.

At the visitor center, explore the interpretive exhibitions and see a fully functional reproduction of Flyer.

Visit the museum and memorials, and take a walk around the area where history was made.

A nearly 2,200-mile trail that spans 14 states, the Appalachian Trail (AT) passes through North Carolina for 95.7 miles. There are also 224.7 miles of trail that runs across the North Carolina-Tennessee border.

There is quite an elevation gain, from 1,725 feet to 5,498 feet. To hike the part of the AT trail that passes through the Great Smoky Mountains National Park, you will need to arrange for a permit in advance. 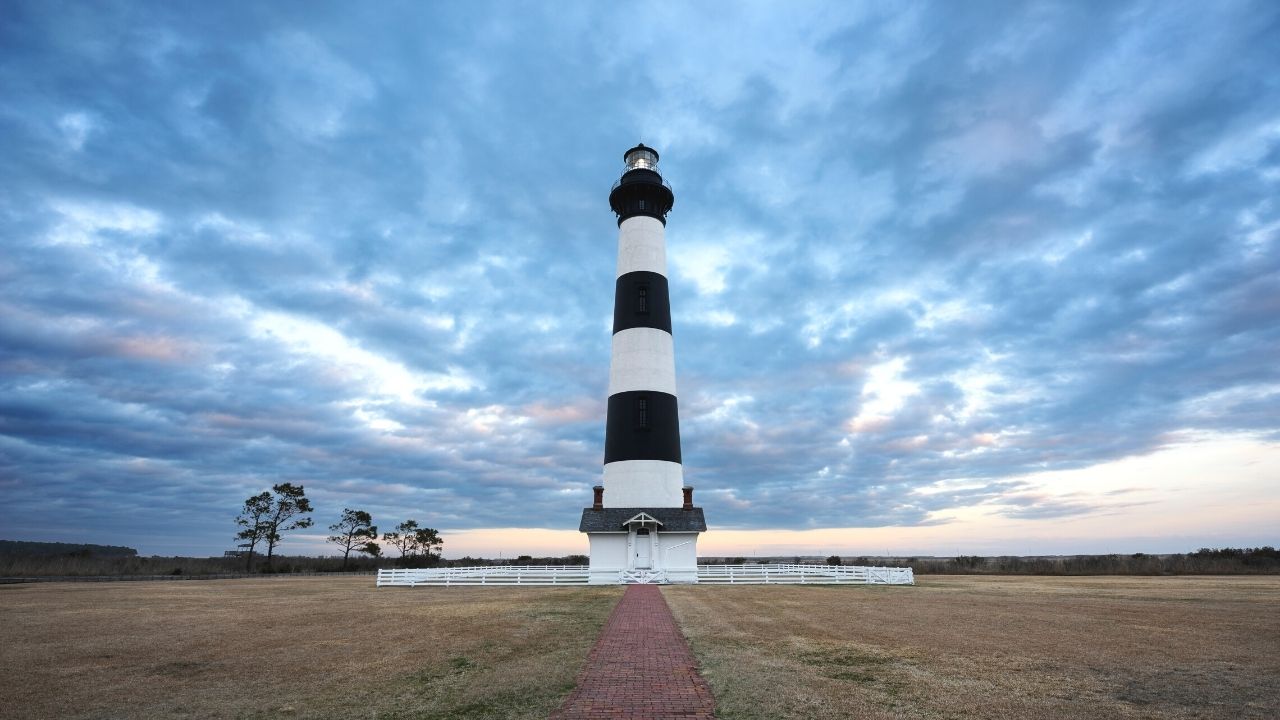 In eastern North Carolina, you can visit this year-round open park. There are plenty of opportunities to camp, bird watching, windsurf, swim, and more in Cape Hatteras National Seashore.

It was the first seashore park in the U.S. since Cape Hatteras was established in 1953.

The tallest brick house lighthouse is the Cape Hatteras Lighthouse, built in 1870. Today, you can climb all 248 stairs to the top.

Also in eastern North Carolina, there is Cape Lookout National Seashore to visit. Built-in 1859 you can check out the Cape Lookout Lighthouse, explore the beach, or camp.

You can reach this national park on a private boat or a commercial ferry.

What famous national park is in North Carolina?

The most famous national park in North Carolina is The Great Smoky Mountains National Park. It spans an area of almost 522,500 acres, and it features 800 miles of hiking trails.

What should you visit when in the Great Smoky Mountains National Park?

One of the most photographed and visited locations in the Great Smoky Mountains National Park in North Carolina is the Cades Cove Loop Road. This is an 11-mile one-way road that loops around the cove and takes motorists 2-4 hours.

North Carolina has a lot to offer in terms of national parks and a wide variety of things to see and do. There is something everyone will love.

As for my daughter and I, we really enjoyed the Wright Brothers National Memorial, the lighthouses in Cape Hatteras and Cape Lookout, as well as the mystery surrounding that early English colony when we explored the Fort Raleigh National Historic Site.