Home
Carry-On-Baggage Info
At what age do babies/children have to pay for plane tickets? 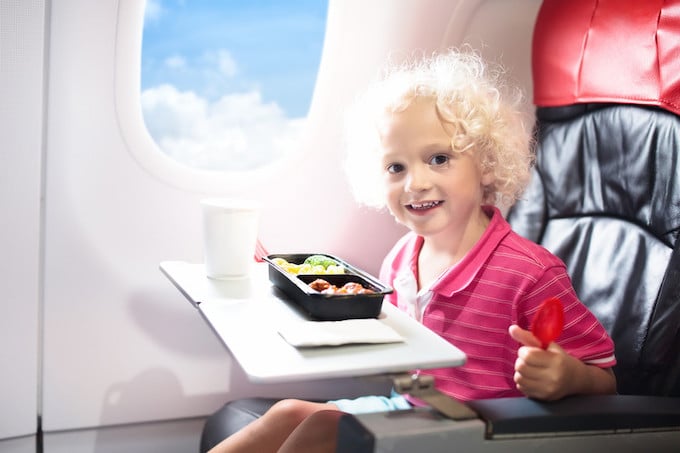 Air fares are essentially based on route, fare, season and kerosene prices. But the age of the passenger can also be decisive.In this context, I would like to shed some light on the following question: At what age do children actually have to pay on the plane?

At what age do babies/children have to pay for plane tickets?

Children rarely fly free of charge. Babies and toddlers between the ages of 0 and 2 usually also have to pay. Most airlines handle the situation as follows:

For infants under the age of 2 who travel on the accompanying person’s lap, a service charge is levied (e.g. with Eurowings and easyJet).

Other airlines, on the other hand, charge a certain percentage of the regular normal price (e.g. 10% for SWISS). This is particularly the case for international flights.

On domestic flights, however, some airlines allow infants up to two years of age to travel free of charge (especially in the USA), but only if the child is travelling as a lap infant.

The Infant fares must also be paid for infants up to 2 years of age if they travel in their own seat.

Children 12 years and older usually pay the full fare with all airlines.

When do children start paying for their own seat?

The short answer: Children always pay for their own seat.

The long answer: Babies and toddlers aged 0-2 usually travel on the accompanying person’s lap. But even at this age, it may be possible to buy a separate seat for the child. If this is done, then the child tariff needs to be paid for your child, even if the child is not yet two years old.

In plain language, this means: If a child travels on its own seat, then it must always be paid for it, no matter how old the child is.

How much does the child tariff actually amount to?

As we have seen, children from the age of 2 must pay the children’s tariff. But how expensive is this tariff?

Unfortunately, it is impossible to give one precise answer to this question. However, with most airlines, the fare corresponds to about 10 percent of the regular airfare.

The children’s fare is also due for children under the age of 2 if they travel on their own seat.

Are children entitled to carry-on luggage?

Babies aged 0-2 years that are travelling on the lap (lap infants) are generally not entitled to their own hand luggage However, if you do book a separate seat for your infant, then they are entitled carry-on luggage in the same way as adults.

Children aged 2 and over are entitled to carry-on baggage in the same way as adults.

Does a 2-year-old pay full airfare?

In most of the cases, a 2-year-old child will not have to pay the full airfare. Most airlines do offer infant fares for children between 2 to 11 years of age. However, some airlines might already charge full airfare for children older than 24 months.

Does a child under two years of age need its own boarding pass?

Children under two years don’t always need their own boarding pass. But they might require a Boarding Verification Document.

Does a 3-year-old child need a plane ticket?

Do all the airlines offer child fares?

No. Many airlines offer child fares for children from 2 to 11 years of age, but other airlines do not.

Do lap infants have their own carry-on luggage allowance?

The general rule here is that only passengers who have their own seat are entitled to carry-on baggage.

What about children’s menus on the plane?

If you would like to have children’s menus for the little ones on the plane, you have to book them before the flight starts. With most airlines, children’s menus can be booked online when you make the regular booking. Some airlines will also allow you to book it at a later time up to 24 hours before the flight (depending on the airline, different regulations must be observed).

Do I need a child seat, if my child travels on its own seat?

Normally, toddlers aged 0-2 travel on the lap of an adult companion. With many airlines, infants from a certain age (e.g. 12 months with Ryanair) can also travel on their own seat.

As a father/mother, can you travel alone with two infants?

Yes, this is generally permitted. However, only one child can travel with you on your lap. You must, therefore, purchase a seat for the second child.

We use cookies to ensure that we give you the best experience on our website. If you continue to use this site we will assume that you are happy with it.Ok